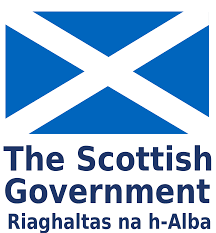 Many of you will be familiar with the SDS Data Under Development figures, the most up to date of which, covering 2016-17, were released last month. The recent figures show a marked increase in what is described as the ‘SDS Implementation Rate’, now up to 70% at a national level.

You may wonder what that means, and it is worth taking a closer look at the figures, particularly in your own local area, as the headline Implementation Rate varies quite significantly across local authorities, with a couple of authorities still unable to provide complete data. Fundamentally, these figures aim to establish what proportion of those who should have been given a choice under SDS, were actually given that choice:

‘The 2017 Social Care Survey asked Local Authorities to return information on all clients who made a choice regarding their services or support at any time during the 2016-17 financial year. The key criterion for inclusion is that the client was given a choice – an individual should only be included if they have undergone an assessment during which the available SDS options were explained.’

The research goes on to breakdown specific SDS choices around the SDS Options 1-4 and analyses this for different groups, for example by age, gender and ethnicity.

However, it does raise some questions around what we really mean by choice, and what genuine choice looks like. Over the same period of time that the SDS Implementation Rate has increased, we have seen ‘a continued decrease in the percentage of people who said that they had a say in how their help, care or support was provided, from 83 per cent in 2013/14 to 76 per cent in 2017/18’ in the Health and Care Experience Survey which seems somewhat counter-intuitive.

The Scottish Government has also recently published a new report called ‘Transforming Social Care: Scotland’s progress towards implementing self-directed support 2011 – 2018’, which outlines work done as part of the current SDS strategy and identifying the progress made.

At SDSS, we continue to believe that the best way to know how we are doing in terms of implementation is to find out about people’s experiences of SDS, by carrying out research at local level. We are delighted to have secured funding from the Scottish Government to take this forward. You can read more about our research here.