New Guidance on the Equality Act for groups and Associations 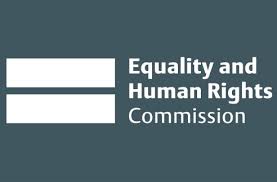 The Equality and Human Rights Commission have now published a set of Guiding Principles for all associations and membership bodies.

Part 7 of the Equality Act 2010 states that an association is any group that has at least 25 members and regulates admission using rules and a selection process.

The rules do not have to be written down and it does not matter if the association is run for profit, or if it is legally incorporated or not.

As the regulator of the Equality Act 2010, they have the power to give guidance on how associations such as political parties may best comply with the Act. These principles will support associations, including political parties, in ensuring that they protect members, prospective members, employees and agents from all forms of discrimination.

Their new principles cover:
• What constitutes unlawful discrimination?
• The importance of setting standards of behaviour and creating an inclusive culture
• The role of leadership

They hope that this document supports associations in tackling discrimination and advancing equality and human rights.

You can read the new Equality Act 2010 guiding principles for associations here.