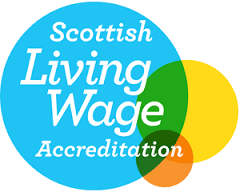 At SDSS we know that the world of PA employment is always changing, so here is a round up of a few key recent developments:

Should I pay my PA the Living Wage?

The Scottish Government and Local Government have jointly committed to enabling the Living Wage to be paid to all adult social care workers in Scotland.

Since 1st October 2016 the Living Wage should be paid to all care workers providing direct care and support to adults in care homes, care at home, and housing support.  This covers all purchased services, including specialist support services such as those for people with physical disabilities, learning disabilities, mental health difficulties and substance misuse issues. The new rate applies for all hours worked and therefore encompasses sleepovers, travel time and holiday pay and should be achieved as part of a positive approach to fair work practices.

What about Personal Assistants?

Personal assistants employed via Self-Directed Support (Option 1 – Direct Payment) were not explicitly included in the commitment to deliver the Living Wage but Local Authorities may be at risk of a challenge with regards to principles of equal treatment and discrimination if allowances aren’t sufficient to pay a personal assistant the Living Wage.

From May 2017, the Living Wage is £8.45 per hour, and so this is the minimum that all care workers in Scotland should now be paid.

For more information on the Living Wage Commitment see here.

If you are not being funded by your Local Authority to pay the Living Wage, you could consider challenging them on this.  In any case, legally you must at least pay at the rates below, set by the UK government:

From April 2017, the National Minimum Wage rates are:

The Living Wage commitment applies for all hours worked, and therefore encompasses sleepovers.  However, sleepovers have historically been paid at different rates, for example paying a flat rate sum for each sleepover shift.

A recent Employment Appeal Tribunal (EAT) ruling against Mencap ruled that carers sleeping overnight to provide safety and reassurance should be paid at least the National Minimum Wage for all hours.

Although the ruling does not necessarily apply to all carers, it certainly could affect anyone employing a PA.

HM Revenue and Customs (HMRC) have issued a statement recognising that some written guidance previously published was potentially misleading and therefore stating that the government will waive financial penalties faced by employers who are found to have underpaid their workers for sleepovers prior to 26th July 2017.  However, it will continue to demand up to six years back pay for sleepovers that were not paid at the correct hourly rate.

You can see the full statement here.